Is it better to take a walk in a park or natural area rather than slogging on a treadmill or walking in an urban area? Research shows surprising benefits for walking in nature.

Stanford researcher Gregory Bratman published two studies comparing walking in an urban setting with walking in a natural park setting. In both, the walk in the park produced benefits for mood and mental acuity while the urban walk did not.

Taking a walking break in a nearby park beats walking the sidewalks. This study of 60 participants found decreased anxiety, rumination, and negative affect for the subjects who took a walk in a nature park. They also had increased working memory performance and preservation of positive affect. The walk in the park both helped their mood and got them away from negative thoughts. Taking a 50-minute walk in an urban setting did not have these benefits.

Do you constantly rehash a negative experience or have trouble getting a problem out of your mind? Rumination is a destructive mental habit that is associated with risk of depression.

The Stanford researchers found that a 90-minute walk in a natural setting decreased self-reported rumination. They went further to measure this with a brain scan of neural activity in the subgenual prefrontal cortex (SGPFC), which is associated with rumination.

They found decreased activity in this brain area, confirming the self-reported results.

Walking in an urban environment did not decrease self-reported rumination or activity in the SGPFC. “Accessible natural areas within urban contexts may be a critical resource for mental health in our rapidly urbanizing world,” the study concludes.

Does your brain operate differently when walking in a green space compared to an urban area?

A study in Edinburgh measured how subjects’ brains reacted. They wore a mobile EEG recorder while taking a 25-minute walk through three different environments. Their walk took them first through a busy shopping zone, then into a green space, and then into a busy commercial zone. Analysis of the brain activity showed evidence of lower frustration, engagement and arousal, and higher meditation when moving into the green space zone.

It may be great for your mood and mental functioning to include green space along your walking routes.

If you walk during lunch or break time, try to make a green space or park part of your walking route.

The Japanese tradition of Shinrin-yoku “forest bathing” is recognized by the Japanese government as beneficial for relaxation and stress relief. Studies were conducted to show that there were measurable effects.

A small study published in 2010 compared salivary cortisol, blood pressure, pulse rate, and heart rate variability after subjects walked in a forest area for about 15 minutes and spent 15 minutes viewing it, compared with doing the same in a city environment.

These measurable effects of stress relief by walking in the forest and viewing the forest might encourage you to seek out wooded areas for your regular walks.

A small study published in 2009 showed a large effect on children with attention-deficit/hyperactivity disorder (ADHD) when they took a 20-minute walk in a city park.

The study compared the effects of a walk in different environments on concentration as measured by the Digit Span Backwards test. The children aged 7-12 years old were previously diagnosed with ADHD. On three different weeks, each child took a walk in a city park, in a city downtown area, and in a neighborhood.

The 20-minute park walk elevated attention performance in amount comparable to using methylphenidate (Ritalin). The walk in the park had a much greater effect than walking in the downtown area or walking in the neighborhood.

This study suggests that regular walks in natural environments could be beneficial to children with ADHD.

Exercise in any environment is good. Is there a greater benefit to be found in exercising outdoors?

Researchers looked back at 11 controlled studies that compared the effects of outdoor exercise with those conducted indoors on physical or mental well-being outcomes.

The review found increased benefits for mood and mental well-being for exercising in natural environments compared to exercising indoors.

The study abstract cites these findings:

These results are a good excuse to keep enjoying outdoor exercise. 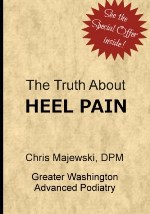 The Truth About Heel PainRequest My eBook 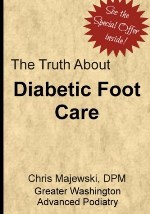 The Truth About Diabetic Foot CareRequest My eBook 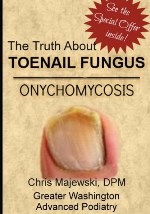 The Truth About Toenail FungusRequest My eBook