Is It Safe to go to the Gym and Workout During Covid-19? 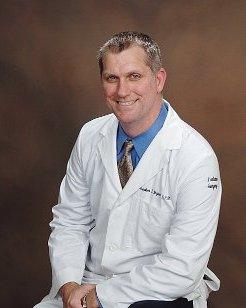 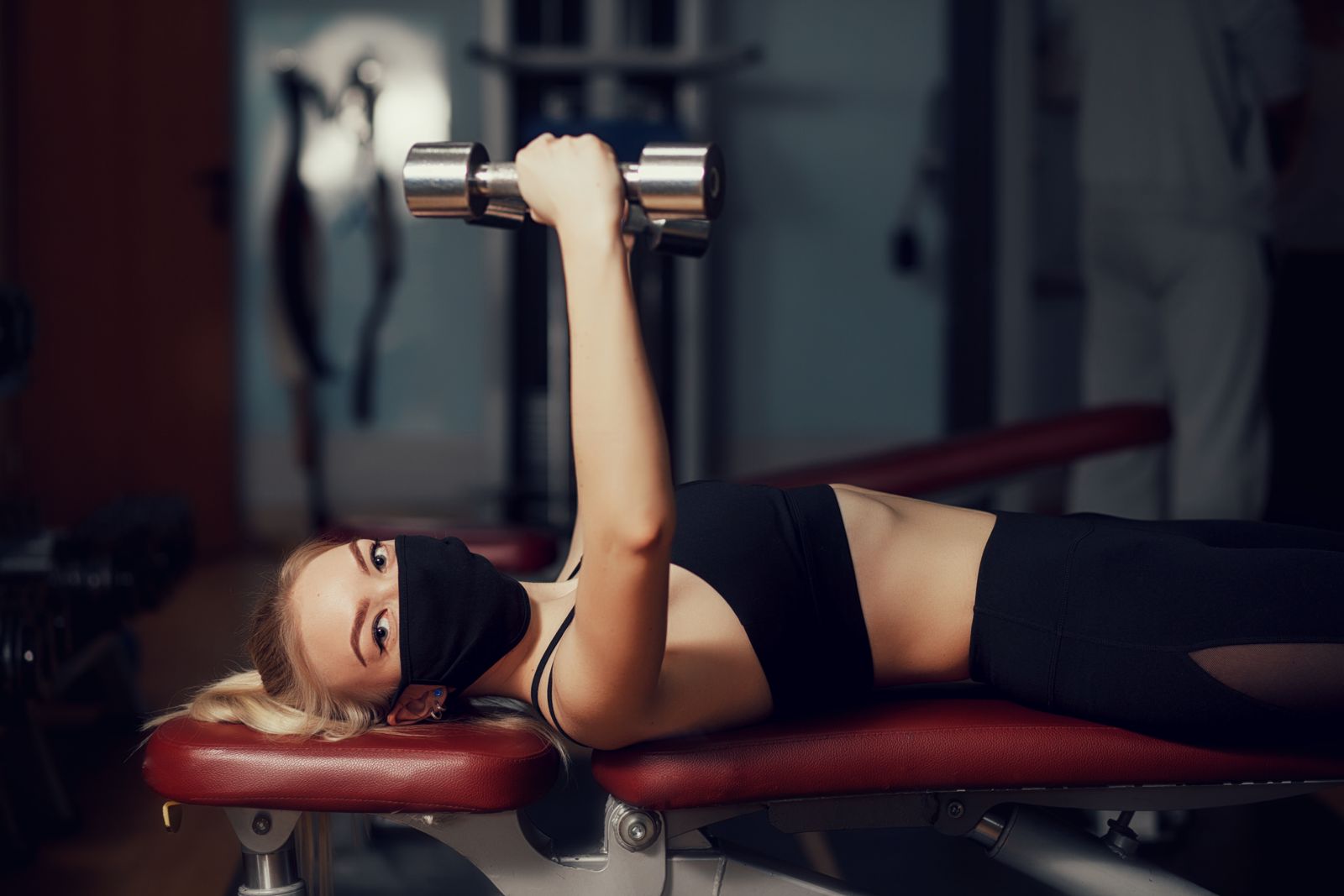 Although none of the participants caught COVID-19 from their gym, and all of them had a much lower risk of becoming infected than the average population, this may not necessarily mean it is safe to return to your gym just yet.

So What Are Gyms like the Ones Covered in the Study Doing to Ensure It's Safe to Workout?

Many restrictions from this Covid-19 pandemic remain in place. Social distancing, wearing masks, limitations on numbers in confined spaces… so the question remains: Is it safe to return to the gym just yet?

On the one hand, many people want to reopen certain areas.

On the other hand, many people feel reopening at this time would be dangerous.

A recent study conducted by scientists at the University of Oslo offers some direction on what would happen if we were to open gyms.

The Oslo authors open their study by sharing a fact that has been largely ignored as businesses have shut down during the pandemic: There are negative consequences to closing everything.

Closing gyms, parks, and recreation centers significantly limit the capacity for us to remain active, which research shows not boost our immune systems against viral infections like COVID-19, but also reduces the risk of many other diseases brought upon by a sedentary lifestyle.

Lockdowns have increased childhood obesity, a condition likely to become more of a problem as poor exercise and diet habits learned during lockdowns persist through a child’s development in the months and years to come.

Many people have difficulty maintaining a healthy lifestyle during the best of conditions. For many, lockdowns reinforce an inactive lifestyle, which will have a negative impact on our health over time.

A particularly troubling side effect of COVID-19 shutdowns is the delays or postponements of preventative checkups and emergency medical treatments.

A recent study conducted by scientists from the European Society of Cardiology shows that about half of the people who have suffered heart attacks during lockdowns have avoided going to the hospital due to fear of catching COVID-19.

What Conclusions Can Be Made From the Gym Research?

Additional research shows that new cases of cancer are not being diagnosed, almost half of chemotherapy patients have missed treatments, and organ transplants have declined 50% since the lockdowns went into effect.

It is universally agreed that steps should be taken to protect the most vulnerable from the virus (the elderly and those with debilitating conditions).  However, should the rest of us live under the same restrictions?

That question brings us back to the Oslo study, where the researchers wanted to learn whether reopening gyms would increase the risk of catching or spreading COVID-19.

Then, the researchers split them evenly into two groups:

A gym group, which could go back to the gym and follow their desired workout programs.

A lockdown group, which stayed home and did not return to the gym.

For two weeks, the gym group was given access to five gyms in Oslo, and the lockdown group stayed home.

Participants in both groups were tested for COVID-19 before and after the study, which began the last week of May and lasted until the second week of June.

The researchers only recruited people who were considered to have an exceptionally low risk of developing COVID-19 symptoms, in order to avoid bias using participants with pre-existing conditions.  This study used normal, average gym members without medical conditions that would skew results.

Five gyms were involved in the study and were only open to the study participants and implemented strict hygiene procedures, such as avoiding handshakes, maintaining at least six feet of distance when working out on weights or machines, and maintaining at least twelve feet when doing high-intensity cardio or fitness classes, and disinfecting all equipment after each use.  Further, the participants were not required to wear masks in the gym.

Although the researchers recruited nearly 4,000 people for the study, only about 3,000 took the before-and-after Covid-19 tests and stayed on as participants throughout the duration of the study.

Based on the average infection rate among the population of Oslo, the researchers predicted that about 1% of the participants would contract COVID-19. This would equal about 30 participants.

So What Does That Low of a COVID-19 Infection Mean About Working Out At Gym?

In other words, not only did no one in this study get COVID-19 from going to the gym, but the risk of infection was significantly lower than for the average population of Oslo. As the researchers concluded, when gym-goers were “provided good hygiene and social distancing measures, there was no increased COVID-19 spread at training facilities.”

Based on this study, it’s fair to say that your risk of getting COVID-19 from going to the gym is surprisingly low.

Elderly people who are in good health—the kind most likely to go to the gym—have a much lower risk of dying from COVID-19 than their infirm counterparts.

As the study on Oslo gym members shows, reopening gyms is probably not going to increase the spread of the virus. When you consider the many proven benefits of exercise, it would almost certainly be a net gain for individuals and for society.

Some people were quick to poke holes in the Oslo study, downplay its findings, and magnify its limitations.

For example, shortly after it was published, Slate ran an article titled “That One Study Does Not Mean It’s Safe to Go to the Gym.”

In the article, the author quotes several statisticians, doctors, and other experts who raise some valid concerns about the results, which have also been repeated elsewhere.

The main criticisms of the study are as follows:

You cannot generalize the results to other groups of people.

Some people have claimed that because all the participants were former gym members, and likely healthier than the average person, we can’t apply the results to other groups of people.

However, not only did this study find it was not dangerous for healthy people to return to the gym, it showed their risk of spreading the disease to others was essentially zero.

The study authors never said their results prove all businesses should reopen.

While this is only one study, the results indicate that it may very well be safe to go back to the gym.

Ironically, Nicole Carnegie, one of the doctors interviewed for the Slate article, admits that the people who are most likely to go back to the gym are probably at a much lower risk of getting COVID-19 than the average person, which contradicts the refuting article and supports the original study.

“People who want to go back to their gym or at least have a gym membership are probably a bit healthier or lower risk than the general population,” she said.

The overall rate of COVID-19 in Norway is low compared to most other countries, so we should not necessarily apply the results to other geographic areas.

However as shown in this study, someone who went back to the gym was just as safe as those someone else who stayed home.

One valid criticism of this study is that it is still going through the process of being officially published, thus hasn’t been peer-reviewed yet. Given that it is currently the only study of its kind, though, I feel this study is worth giving the results some measure of validity.

To date, this is the only study that has specifically looked at the risk of reopening gyms, and the results are clear: assuming you’re a healthy person under the age of 65, it is probably safe to go back to the gym.

Although we seem to be past the worst of the COVID-19 pandemic and some gyms have reopened, many people are worried that going back is still too risky.

Since March, the media has been attacking people with articles, podcasts, and videos claiming that lockdowns save lives, that reopening poses an imminent threat to society, and that your risk of catching COVID-19 from the gym is still high.

According to this carefully designed study conducted by scientists at the University of Oslo, though, that is not true.  None of the people who went back contracted COVID-19 from the gym, and their risk of catching the virus was significantly lower than the rest of the population.

According to this study, and the body of evidence we have so far, if you’re under the age of 65, in good health, and not overweight, and you follow common-sense measures like social distancing and disinfecting your workout equipment, the answer is a resounding yes.